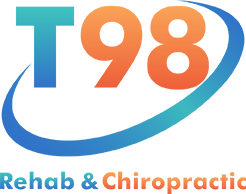 How to Secure the Highest Settlement Possible Following an Automobile Accident

After the shock of being in a car accident subsides, what remains is frustration or anger over sustained injuries and damages caused to your vehicle. This is understandable; especially if the accident is entirely the other driver’s fault. No one wants to admit that they’re at fault at this juncture, so for you to get the settlement you deserve, you need to be smart.

Once the dust settles, an auto accident can quickly escalate into a legal battle; especially if both sides believe the other party is at fault. Obviously, the only people that witnessed the accidents are both drivers and perhaps the occupants of the vehicles involved, so anything from a lack of corroborating evidence to the testimony of a third party could derail your efforts to claim a full settlement.

Therefore, if you’ve been involved in a car accident and fully believe that the fault lies with the other driver, then you need to take action. Herein are five things you should do immediately to secure your chances of getting the highest settlement possible.

This should be the first thing you do once you ascertain that no injuries sustained in the car accident are life-threatening. You should contact the authorities regardless of how minor or severe the accident was. It doesn’t matter if the other driver accepts full responsibility for the accident because they could easily be pushed to change their stand by their attorney or insurance company.

The first thing the authorities will do once they arrive at the scene is to write a police report. This report will document the accident in detail so that there is no dispute over what happened. Furthermore, the driver at fault will most likely be ticketed, and this ticket will be used to further corroborate your side of the story.

The police report is perhaps the most important documentation to obtain following an accident. You will use it when launching a claim at your insurance company, and when you get a personal injury attorney, they will rely on this information when creating your case.
2. DOCUMENT THE ACCIDENT SCENE

The period spent waiting for the authorities to arrive can be used to document the scene of the crash. You can use your smartphone to take pictures of both vehicles to show the extent of damage as well as the trajectory of the accident and the final position of the vehicles. Document everything around you including road signs and traffic lights, the status of the airbags in each vehicle, any visible injuries sustained by either you or the occupants of your car, and the weather conditions at the time of the accident.

All of this will serve as evidence that can be used to determine why the accident occurred, and who is to blame. Photographic evidence that’s taken at the scene is extremely difficult to refute. Even more important is that you gather the personal information of any witnesses to the accident as they may be required to provide a statement later on.

Understand that you have only one opportunity to gather as much proof as you need before the accident scene is cleared and the evidence is lost forever.
3. DON’T TALK TO THE OTHER PARTY’S ATTORNEY OR INSURANCE COMPANY

You will be approached by the other driver’s insurance company to give your account of the car accident. Don’t do it. You are not required to share anything with them, and as an attorney would tell you, it would be in your best interests to decline holding any talks with them following the incident.

No matter how nice or helpful they might sound, it is best to refer them to your attorney, because they can easily use your words against you when push comes to shove—they do this for a living, remember. They may ask you about your injuries and how the accident occurred, and while you might be tempted to think that they mean well, they do not. Usually, such calls are made to unwitting accident victims in the hopes of persuading them to accept a much lower settlement than they deserve. Leave the settlement negotiations to your attorney and your insurance company—don’t fall for tricks of the trade.
4. SEEK HELP IMMEDIATELY

If your injuries don’t require you to visit the emergency room, then you’re better off seeking the services of a chiropractor. Chiropractors are the most qualified professionals to deal with musculoskeletal injuries non-invasively and effectively. They know how to help with pain from your injuries without necessarily using drugs, and they record the extent of your injuries so that you can use that information when claiming your settlement.

Chiropractic doctors will treat you regardless of whether your injuries are covered by your insurance or not. That’s because accident injury chiropractic clinics know that it is the negligent driver’s insurance company that should foot your bill. They may also help you know the exact settlement amount you will need by factoring in your medical bills, so they can be of great help.
5. GET A PERSONAL INJURY ATTORNEY

If you don’t already have one, then you should get a personal injury attorney as soon as possible. It is practically impossible for an individual like yourself to go against the multi-million dollar insurance company, which usually have a team of lawyers at their disposal. A personal injury attorney is familiar with the nuances of such cases, and will definitely put your best interests first. They will also work on a lien, meaning you don’t have to pay a dime until you get the settlement you deserve. A car accident can have life-changing implications, and if you’re a victim of reckless driving, then it is your right to get the full settlement that you deserve. If you are in the Austin, TX area, call T98 Rehab and take advantage of our new patient special!

About the Author: admin